Día de Muertos came and went in a flourish of marigolds. To celebrate this meaningful holiday, we hosted a series of special pairing dinners—from our spiritual hometown of San Miguel de Allende to aboard the Napa Valley Wine Train. 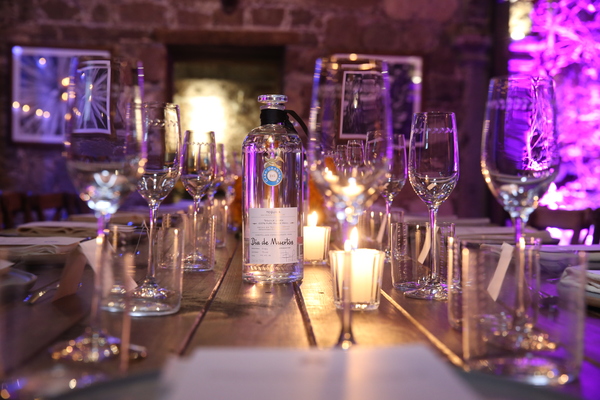 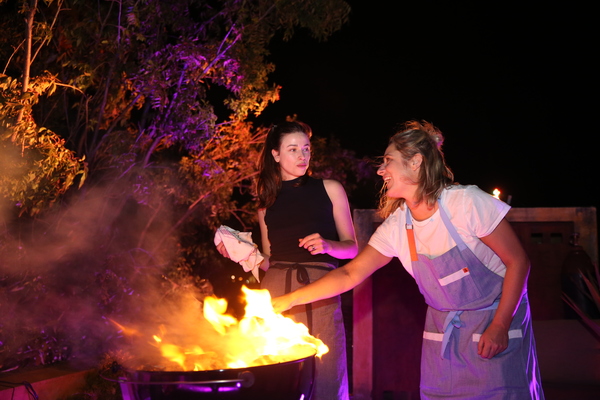 Sourcing from all local ingredients, they prepared a six-course menu that paired entirely with Casa Dragones Joven. As evening fell, the dinner became a grand cocktail party with a live performance from The Mexican Standoff and sets from DJ Itai and DJ Alonso Rivera. Our bartender-in-residence, Luis Franklin Hernandez of KO MA, served up craft cocktails in style (recipes here and here). 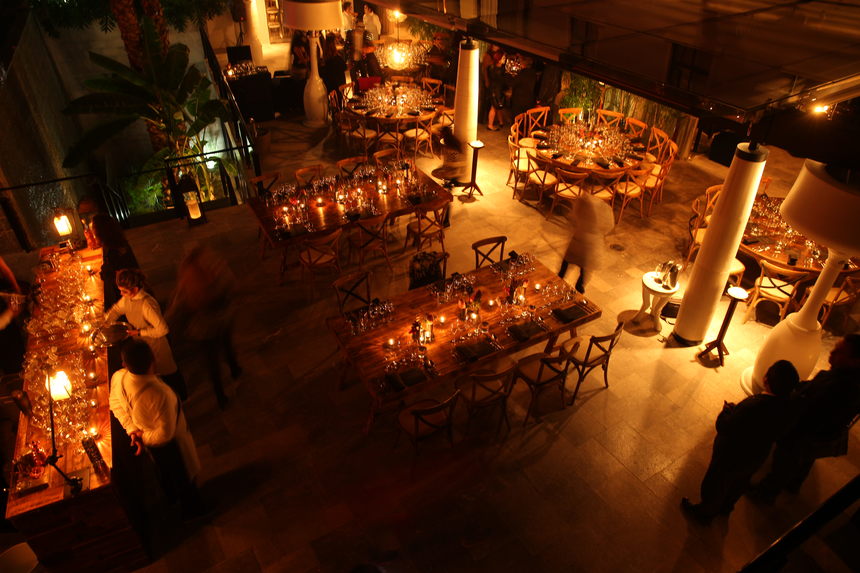 Another night in San Miguel, we joined Hotel Matilda and Moxi restaurant for their annual La Cena Negra (Black Dinner). This was a feast for all senses, and meal pairings went beyond taste and smell. Each of the six courses was meticulously set with a Mexican folk song specifically for Día de Muertos, as well as a beverage. Chef Gabriela Ruiz Lugo of Mexico City’s Carmela y Sal married black mole with suckling pig confit and pickled vegetables with Tequila Casa Dragones Joven and a rendition “La Llorona” by Chavela Vargas. 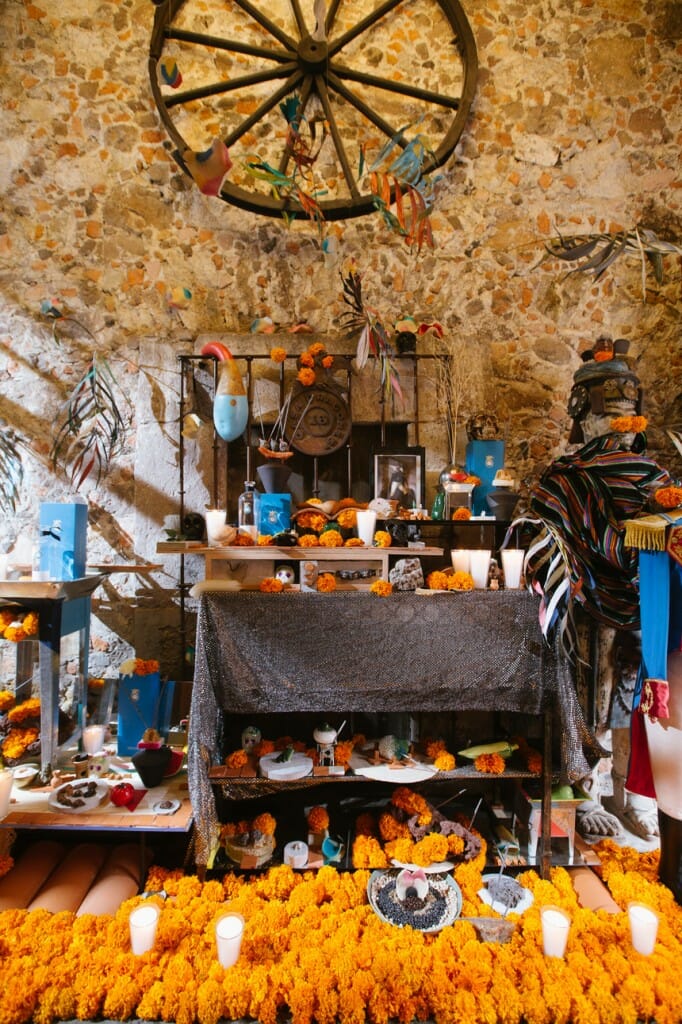 Back at La Casa Dragones, Guadalajara-based artist Marco Rountree designed a special altar that enveloped the entire entryway—an offering to our namesake, the Dragones cavalry, who helped lead Mexico to its independence in the 1800s. Marco described the installation as a “small universe of Mexican elements,” among them: sculptures he made that recall Mexican traditions and handcrafts, painted tortillas, anafres, clay figurines, ceramic vegetables, objects wrapped into concrete, and, of course, a portrait of Ignacio Allende himself. Eclectic, beautifully crafted, and lighthearted, this altar is a token of our gratitude. 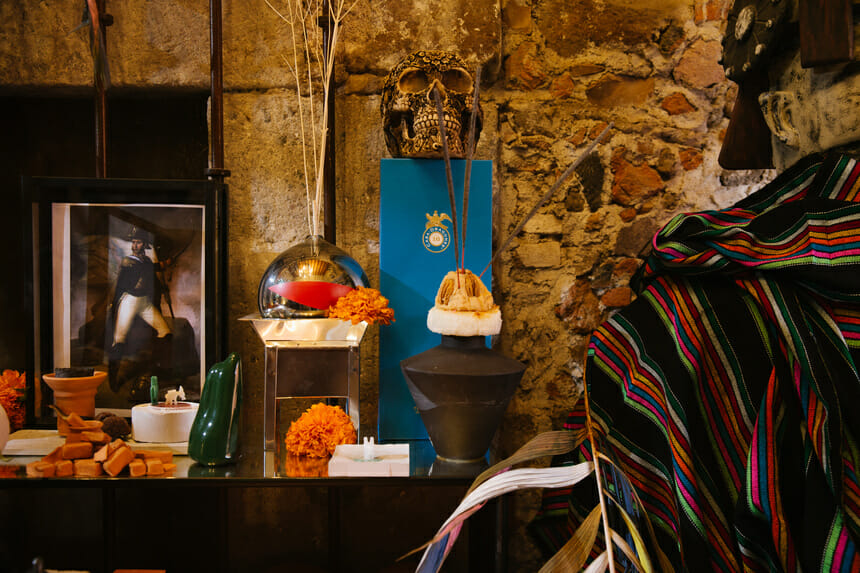 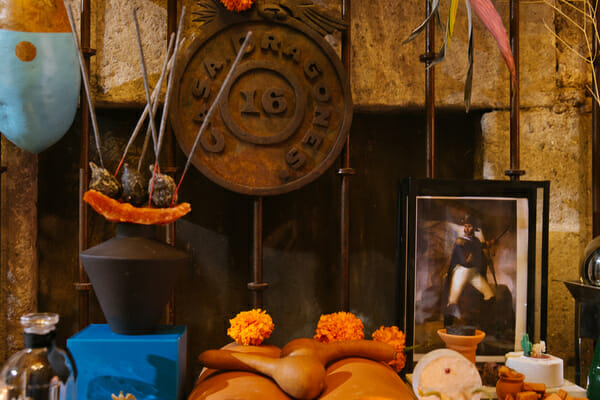 And more than 2000 miles away, in Napa Valley, we teamed up with Napa Valley Wine Train to bring the valley a taste of an authentically Mexican Día de Muertos celebration. Chef Luis Arellano of Oaxaca restaurant Criollo served a an exquisite four-course, Casa Dragones Joven–paired meal aboard the scenic sunset ride. Guests enjoyed Dragones Rocks and the Stumblebee cocktail before sitting down to dinner. 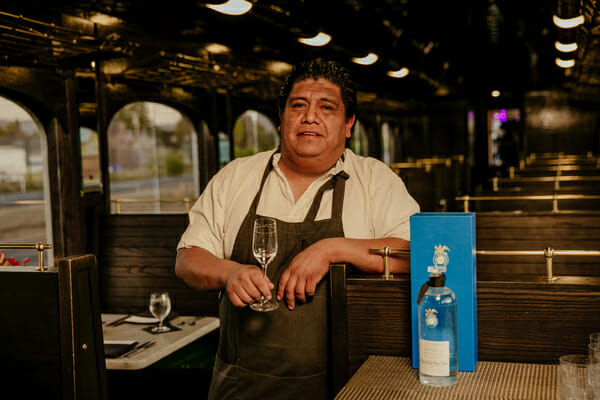 Thank you to all our partners and friends who joined our Día de Muertos festivities this year—and cheers to many more to come!