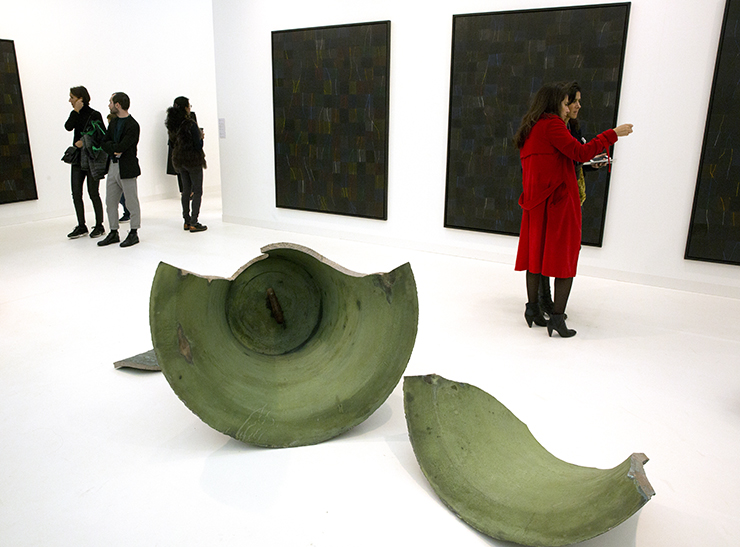 Frieze Magazine marked its 25th Anniversary with a celebration at Brasserie Zedel, a Parisian style restaurant in the heart of London’s chic Soho neighborhood. As the evening kicked off, members of the contemporary art world including artists and collectors gathered beneath the restaurant’s lofty ceilings and mingled throughout the dining room’s stately marble columns before settling in for a night of dinner and dancing.

While designed to celebrate Frieze Magazine’s 25th year, the evening was largely in part a congratulatory dinner in honor of the magazine’s Co-Publishers, Matthew Slotover and Amanda Sharp. In addition to guiding the Magazine’s publications and operational success, the duo also serve as Co-Directors of the annual Frieze Art Fair. Following the final course of dinner, guests were served glasses of Casa Dragones Joven with their dessert before moving into a second room for music and dancing.

Held in London’s Regent’s park, this year’s Art Fair featured over 170 contemporary art galleries ranging from the emerging to the iconic. Simultaneously, this year’s Frieze Masters featured works by Picasso and over 130 of the world’s leading modern and historical galleries and showcased the ancient era, Old Masters and late 20th century.

Some of the outstanding exhibitors of this year’s Frieze Art Fair included Casey Kaplan and Salon 94 of New York City, as well as the 2016 Art Fair Stand Prize winner, Mexico’s Kurimanzutto. The Mexico City-based gallery exhibited pieces by Gabriel Orozco, Leonor Antunes and Roman Ondak in an incredible display of Mexican contemporary artwork.