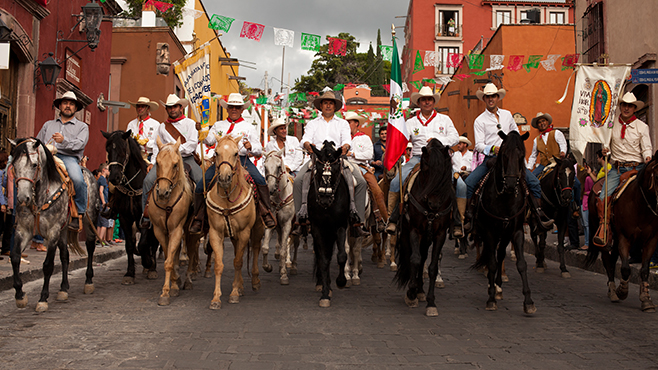 A Historic Ride Through Mexico

To kick off Mexico’s Independence Day celebrations, Casa Dragones once again joined the “Cabalgata Histórica,” one of the most unique and picturesque events in Mexico.

Beginning in Queretero and ending in San Miguel de Allende, The “Cabalgata Histórica” is a historic horseback ride commemorating the moment that Josefa Ortiz de Dominguez, insurgent and supporter of the Mexican War of Independence, informed Miguel Hidalgo, Juan Aldama, and Ignacio Allende, captain of the Dragones of San Miguel, that their plans to start the movement of independence had been discovered.

Soon after, Allende, Aldama, Hidalgo and the Dragones rode on this historic path to Dolores to officially start the war of Independence with “El Grito de Independencia.”