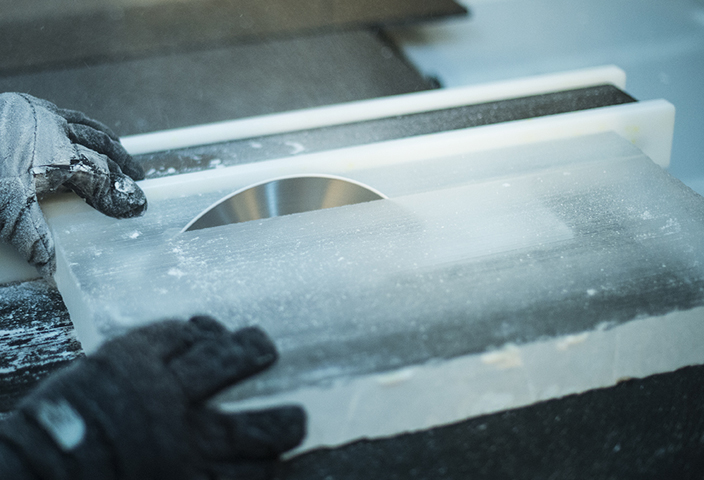 The Importance of Ice – Part 2

In Japan, ice is delivered in blocks and cut by hand before service: commercial ice makers are seldom employed in bars. Each piece is transferred from a freezer to a hinoki wood bowl to allow it to temper (warm up so it doesn’t crack when it’s combined with room temperature liquids) and defrost before service. Cocktails and spirits (mainly whisky) are served over hand-carved spheres, crystal clear cubes, and even diamonds in traditional cocktail bars.

Following in the footsteps of Japanese bartenders who’ve mopped up international cocktail competitions and garnered thousands of views on YouTube, dozens of bars across the U.S. have invested in Clinebell ice machines, which ice sculptors rely on to produce large clear blocks of ice to cut down into cubes and spears for long drinks. Besides their jewel-like beauty, clear blocks of ice melt more slowly than cloudy ice so you can savor your drink before dilution claims it’s character.

In the video, you’ll see second-generation ice sculptor Shintaro Okamoto breaking down 300 pound blocks of ice into clear cubes, spears and spheres for local bars and restaurants such as PDT and Gramercy Tavern. Don Lee, who founded the bar program at Momofuku, urged Okamoto to develop a service for bars back in 2009, and clear ice has become standard in top cocktail bars in New York City ever since.

Most of us lack the time, space and resources that the countries top cocktail bars and ice studios have allocated for ice, but fret not: you can make nearly perfect ice at home. Online stores and shops dedicated to cocktails, such as Cocktail Kingdom, sell molds for cubes, spears and spheres, along with tappers, mallets, ice bags and picks to prepare pro-quality ice for drinks in your home.