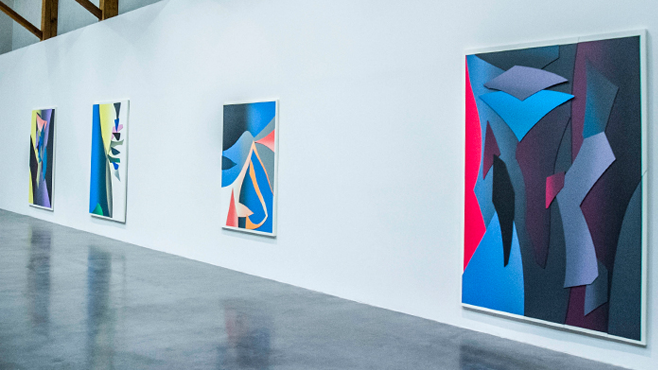 Zona Maco, Latin America’s premier contemporary art fair kicked off the first week of February in Mexico City, featuring 120 galleries from 22 countries around the world. Once again, Tequila Casa Dragones took part in many of the fair’s most exciting events, taking a front row seat as the city transformed into an international epicenter of art and design.

The fair began in full swing with the inauguration of Marcel Dzama and Eduardo Sarabia‘s “Campeonato de Guadalajara” at Travesía Cuatro and with Kurimanzutto’s opening of Mexican artist Carlos Amorales’ “El Esplendor Geométrico”. At Kurimanzutto, actor Philippe Eustachon captivated guests with a live performance, while Chef Elena Reygadas delighted with canapés paired with Casa Dragones Blanco on the rocks.

Casa Dragones was thrilled to be part of this important, internationally renowned event for Mexico, and we look forward to another spectacular fair next year.