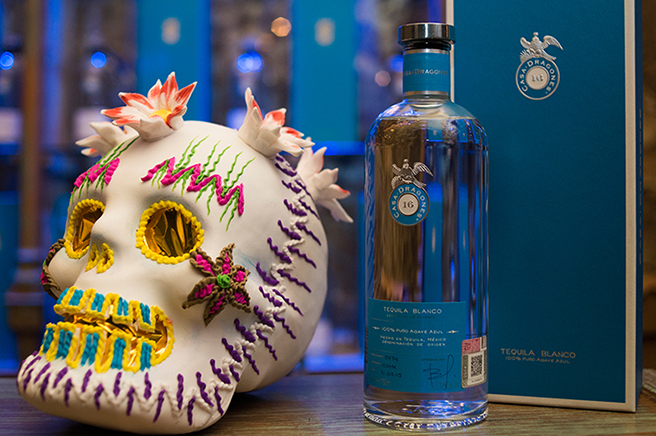 Tequila Casa Dragones celebrated one of Mexico’s most remarkable holidays, Día de Muertos, in our hometown of San Miguel de Allende this past weekend. Some of the festivities included the La Calaca Festival, a four-day event filled with art, workshops, conferences, parades, and more to honor this holiday. La Casa Dragones was adorned with marigolds and a traditional altar was built to honor those that have departed for an exclusive tasting, featuring Casa Dragones Blanco on the rocks and Casa Dragones Joven Sipping Tequila.