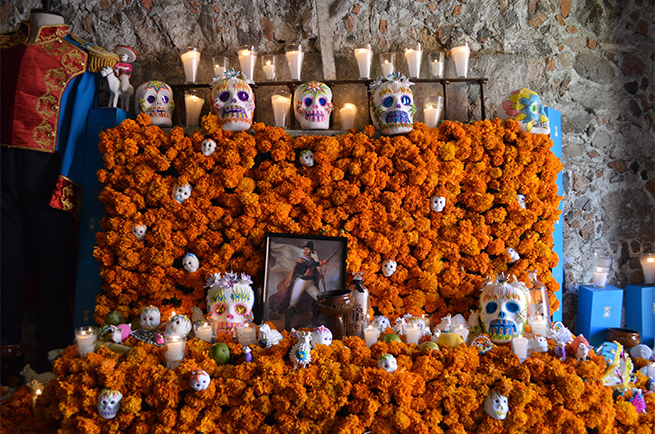 The Altar at La Casa Dragones

For the annual celebration of Día de Muertos in our spiritual hometown of San Miguel de Allende, La Casa Dragones was fully adorned with marigolds, which are said to guide spirits to their altars due to their vibrant color and scent. The traditional altar this year was designed to pay homage to the leader of the Los Dragones cavalry who helped mastermind the Mexican Independence movement of 1810, General Ignacio Allende — the namesake of San Miguel de Allende and one of the inspirations behind Tequila Casa Dragones.