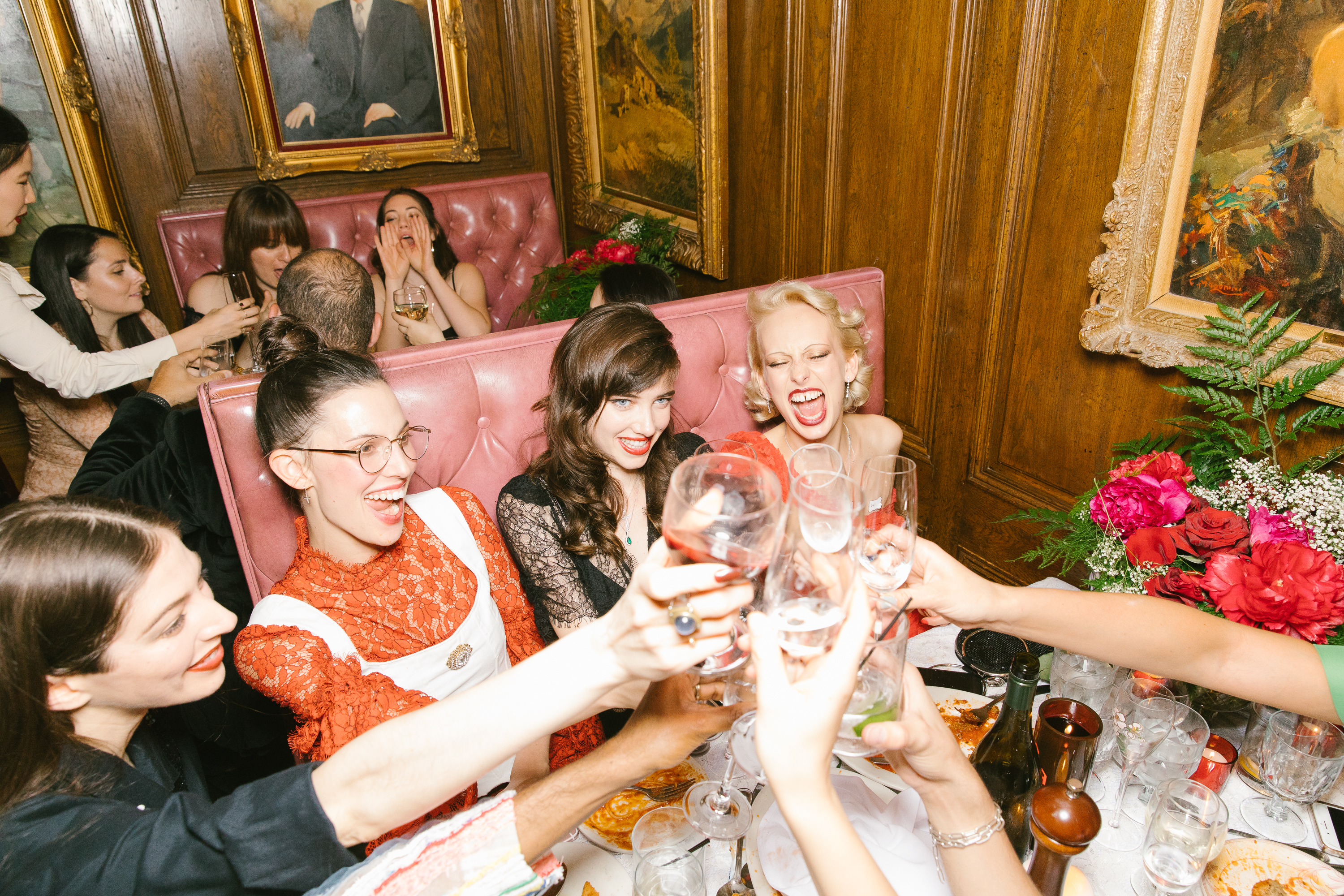 Every year before the Met Gala, Vogue hosts a party in celebration of ‘Fashion’s Biggest Night Out.’ This year, celebrities and models attended a pre-Gala dinner themed “The Great Beauty” at Lower Manhattan old-world Italian restaurant Forlini’s (the inspiration for the night’s hashtag #SpaghettiandMetBalls). Guests including Hailey Baldwin, Alexa Chung, Hannah Ferguson, Grace Hartzel, Ashley Graham, Kate Bosworth, Michael Polish, and Hailey Benton Gates were served Casa Dragones on the rocks with a twist as well as Casa Dragones Blanco cocktail, the Mexico City Margarita, which was renamed “Voguearita” for the night. The restaurant’s unveiling of a secret dessert room, and the arrival of the Takumi Tacos food truck, kicked off the second half of the soirée that included a performance by singer-songwriter Moses Sumney and DJ set by Charlie Klarsfeld.