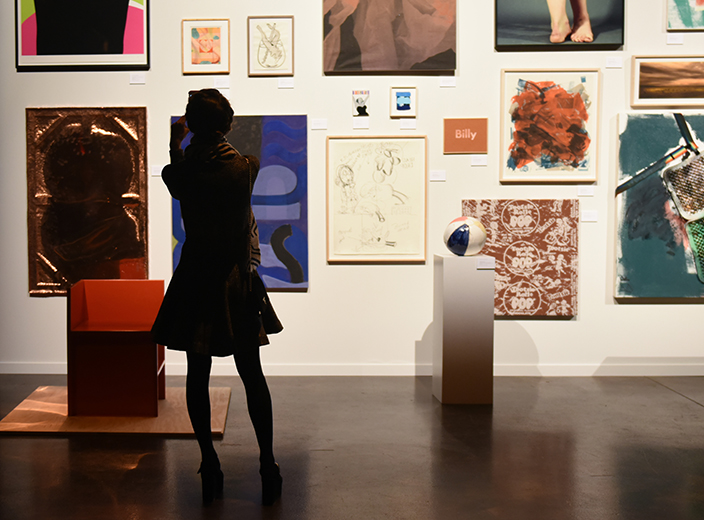 Tequila Casa Dragones was proud to support the 2016 Ballroom Marfa Gala hosted by co-Founders Fairfax Dorn and Virginia Lebermann and presented by Roberto Cavalli in New York City. Over 250 guests were invited for a Desert Bohemian themed evening to honor both David Byrne and Jill Soloway for an inaugural Off the Grid Award.

Throughout cocktail hour, guests enjoyed the exclusively crafted cocktails featuring Casa Dragones Blanco and the art that was up for silent auction, including a piece by Donald Judd Furniture entitled,  ‘Corner Chair.”  Rashid Johnson created work specifically for for the occasion.

All proceedings from the night support the ongoing programs provided by Ballroom Marfa in an effort to continue to produce extraordinary artistic works by participating artists and musicians.

Order your Tequila Casa Dragones in time for the holidays here. 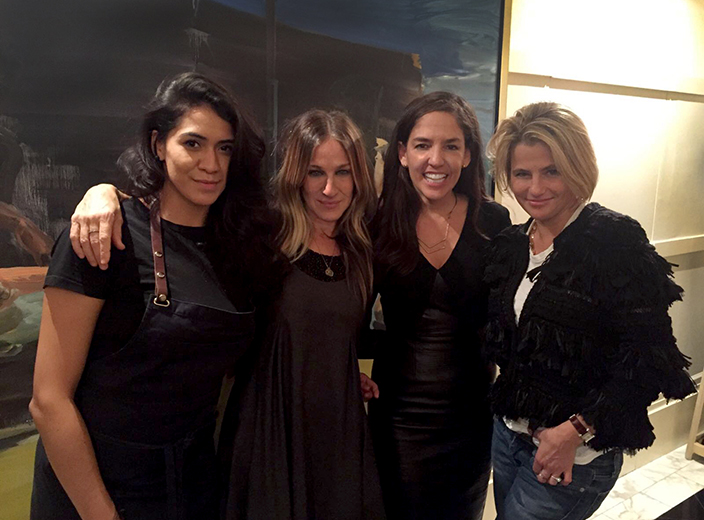 As guests arrived, mingled and caught up with old friends and new, Jeff Bell was swiftly creating two completely original signature craft cocktails featuring Casa Dragones Blanco. His first cocktail, “The Fall Dragon,” put a twist on the flavors of fall by incorporating an apple cider reduction, cinnamon and ginger beer into a delightfully seasonal cocktail, while the “Cosme’s Victory” centered around the citrus flavors of lime juice and the subtle spiciness of Ancho Reyes Verde.

After cocktails, all twelve guests including Hamish Bowels, the editor at large of Vogue US, and renowned fashion designer Brian Atwood sat down for an outstanding meal by chef Daniela Soto-Innes, the 2016 James Beard Foundation’s Rising Chef of The Year Award-winner. The night’s meal featured dishes 3 main dishes paired with Casa Dragones Joven and included an appetizer of sliced raw fish with finger lime and avocado, followed by lobster in brown butter and ginger, before a final entree dish of mackerel in blue corn aioli with castelrosso. Dessert, which was also an exceptionally crafted pairing dish, included huckleberry raspado with cheese, coconut milk and lime which added a splash of citrus to balance out the semi-sweet notes of agave in Casa Dragones Blanco.

Order your Tequila Casa Dragones in time for the holidays here. 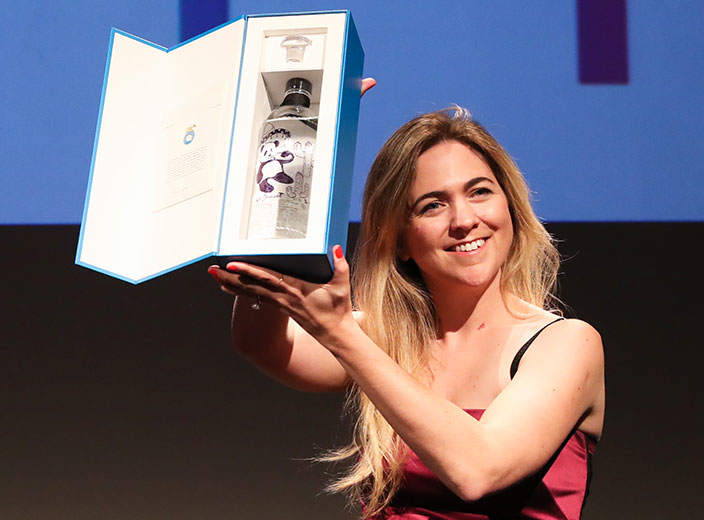 Just under 50 VIP guests began the evening early with an outstanding 4 course dinner provided by Peter Callahan Catering on the second floor of Stephen Weiss Studio. Before the first course was served, dinner guests raised glasses of Tequila Casa Dragones Joven in a toast to RxArt, to the evening’s honorees, and to many more years of making a difference in children’s hospitals by helping them to heal through the power of visual art.

After dinner, guests moved downstairs into the studio’s main space for cocktails featuring Tequila Casa Dragones Blanco on the rocks, or in the signature craft cocktail, the “Cuerpo de Cielo” – an original recipe by mixologist Ulysses Vidal of Employees Only. During cocktails guests mingled throughout the venue’s main exhibition space while browsing through displayed auction items and placing bids.

Later, Jenna Lyons of J.Crew took the stage to present this year’s Inspiration Award to artist Rob Pruitt, followed by Neil Blumenthal of Warby Parker who introduced this year’s Innovation Award Winner, TJ Parker. After hearing from the event’s guests of honor, Sara Friedlander, Vice President of Sales at Christie’s steered the event into the night’s main attraction – the live auction. This year’s auction included donated pieces of contemporary art with everything from paintings, to sculptures and even full installation pieces. This year’s list of items also included two completely one-of-a-kind bottles of Tequila Casa Dragones with unique motifs by artist and honoree, Rob Pruitt. 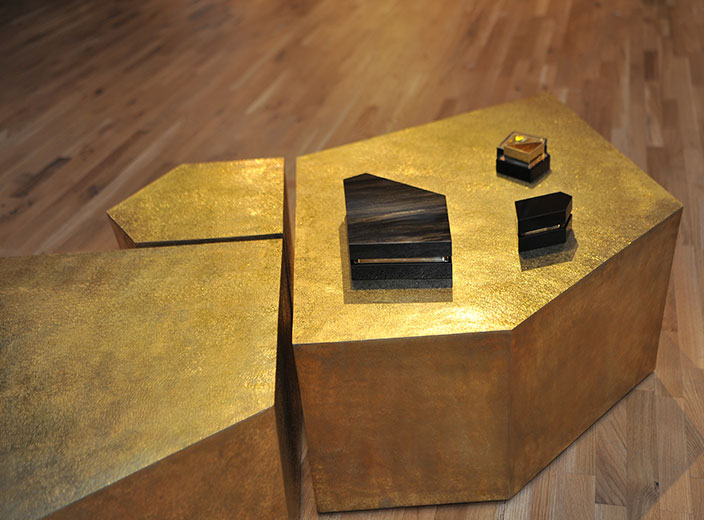 Tequila Casa Dragones was proud to support Mexican designer Gloria Cortina at the opening night of her first solo exhibition, by pouring the unique Casa Dragones Blanco signature craft cocktail which was inspired by her own design work. The cocktail, aptly named “The Obsidian,” was originally created by mixologist Rael Petit who drew its inspiration from the shimmering black tiles of obsidian that cover the walls and ceiling of Casa Dragones Tasting Room in San Miguel de Allende and were conceptualized and facilitated by Gloria Cortina herself.

Unveiled in Manhattan’s Cristina Grajales Gallery, the exhibition’s opening night drew over 100 guests including Laura Raicovich, head of the Queens Museum, designer Sebastian Errazuriz, and Collective Design Fair Founder Steven Learner to enjoy cocktails while weaving in and out of Cortina’s new furniture line, “From Within.” The line features glistening pieces of furniture created primarily from black, bronze, silver and gold obsidian, as well as nickel, brass, quartz and purple cochinilla lacquer. Many of the pieces are polished and hammered into shape by hand, and each reflect Cortina’s fascination with Mexican heritage.

The choice to incorporate obsidian – a naturally occurring glass-like rock common to various parts of Mexico – and cochinilla lacquer which gets its purple coloring from the Cochineal insect showcases Cortina’s deep fascination with Mexican heritage and culture as both materials were also commonly used by the Aztecs. Learn more about the exhibition which toes the line between the ancient and the contemporary here.